A Brief History Of Iontophoresis and Electrically Driven Therapy 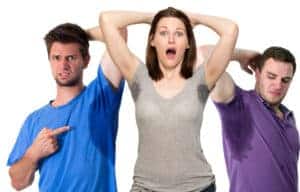 If you find yourself sweating a lot, you might be afflicted with a condition known as hyperhidrosis. This a medical condition in which the sweat glands either overproduce sweat or never turn off. This causes a socially stigmatized constant sweating that can wreak havoc on the afflicted individual’s life. Luckily there is a treatment that can help you overcome this odd condition.

Iontophoresis is a treatment involving electric currents conducted through water. Whichever body part is most affected is submerged in water, then electrodes are submerged in the same water. Though doctors aren’t certain what the exact mechanism is that makes this effective, it is effective all the same. So, how did iontophoresis come to exist?

The History of Iontophoresis
Even though iontophoresis was only introduced as a means to control excessive sweating 50 years ago, the concept has been around for much longer. Using electrical therapies, in general, was conceptualized in the mid 18th century, but it wasn’t actualized until the 19 century with work by five prominent doctors of the time.

Until 1908, the term doctors and researchers used to describe any electrical current administered therapy was ‘cataphoresis’ when Fritz Frankenhäuser coined the name we know it by today. Though it never currently caught on in the mainstream medical world, iontophoresis has been successfully used as niche treatment ever since.

Aside from excessive sweating, many people use inexpensive machines called TENS units (Transcutaneous Electrical Nerve Stimulation) for pain management. These electrical pulse creating machines are attached to a painful place on your body, and the pulse alleviates pain in many patients.

The technology behind electrical pulse therapy machines is sound and has been used for many years successfully in a number of different medical situations. Whether you are in physical pain, or emotional pain from the prospect of sweating a lot in front of others, the relatively dated concept of electricity as a treatment has yet to go by the wayside. In fact, quite the opposite.

Iontophoresis might take a few sessions to see the success that you desire, but you will likely see some strongly positive progress along the way. If you are interested in a method to control excessive sweating, talk to your doctor today about iontophoresis.